The owners of this stone-build residence located in the village of Agios Andreas in Arcadia Province, appointed BaΒatchas to design a holiday retreat, that could also work as the main residence. The aesthetic direction given was not to stir away from the traditional architecture of the area, but to incorporate the comforts of a city residence. The premises had neither an impressive building structure, nor other elements to suggest a welcoming country house. Always guided by the power of natural materials, and inspired by traditional techniques, BaΒatchas decided to reveal the natural stone on the facades of the building. The stones that could not be revealed were treated with a local natural plaster technique named kourasani. The rough texture of the flat walls covered with kourasani, tacitly blend in with the unveiled stone walls. In the interior, the traditional layout, dictating the beds’ position, led us to preserve the adjoining walls in the main living area. A step lower, an alternative living space was introduced to allow a more comfortable sitting area. As both main areas were insufficient in terms of height, the decision to reveal the stone in the interior walls allowed a feeling of spaciousness and elevation. Light weighted and light coloured textiles were introduced in the living area to evoke a contemporary breeze; cushions with traditional embroidery and artifacts were carefully placed to maintain the traditional spirit. In the restroom as well as in the kitchen area, the walls were also treated with kourasani, and coloured with natural techniques. Marble antiques have been selected to fit in the enclosed garden of the premises in-keeping with the rural interior & exterior surroundings. 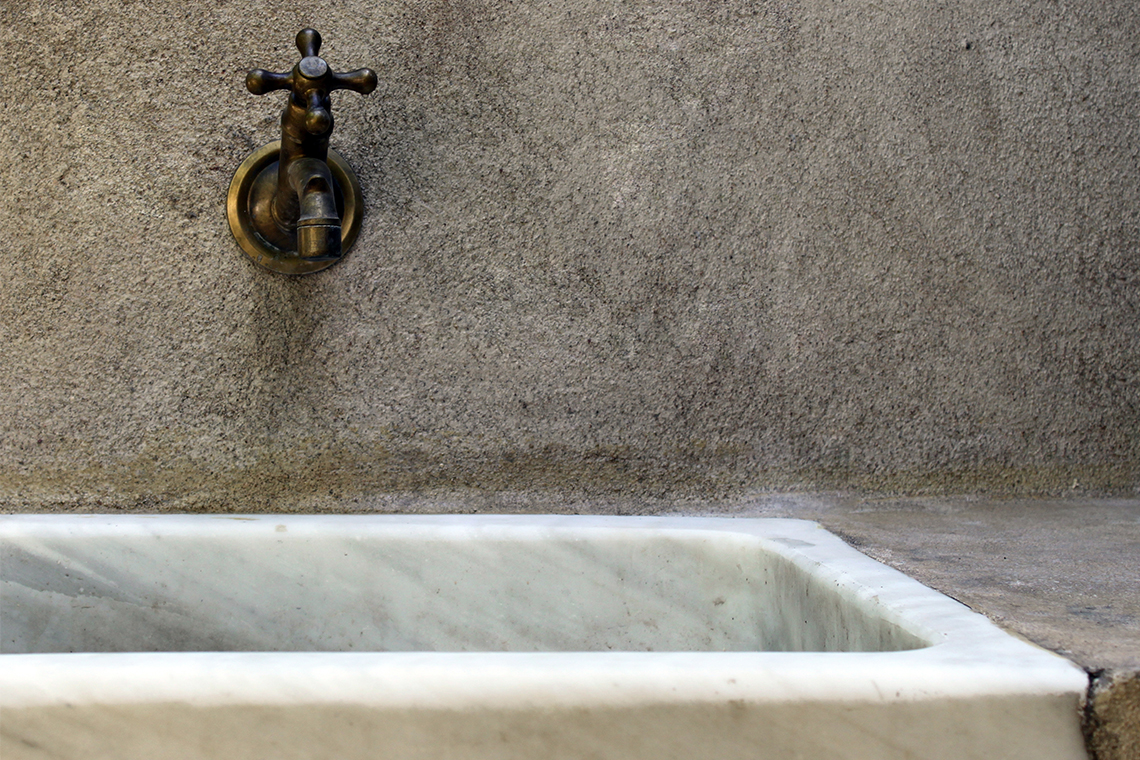 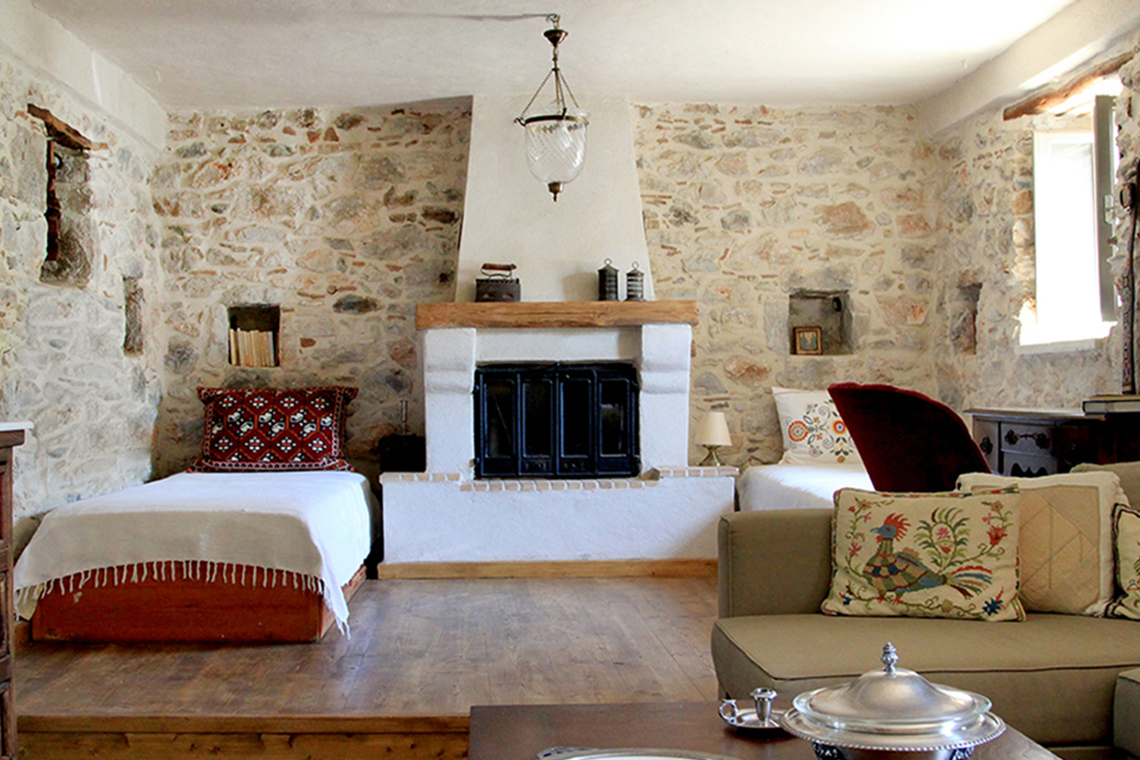 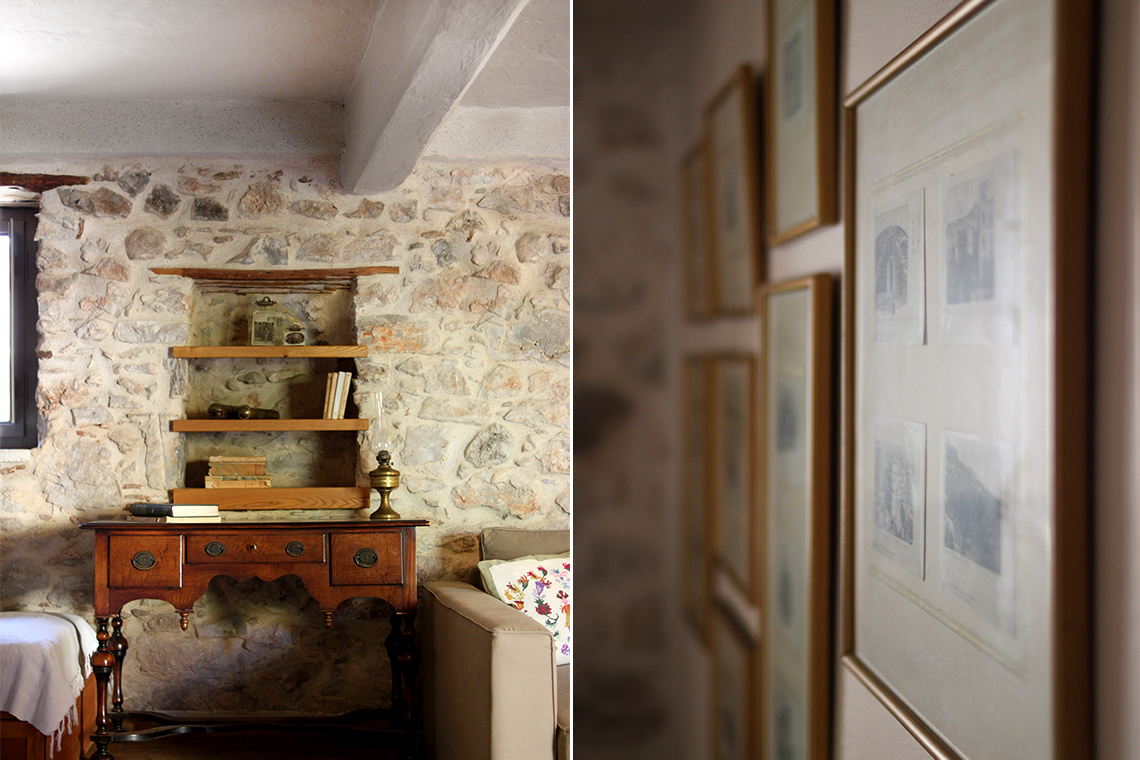 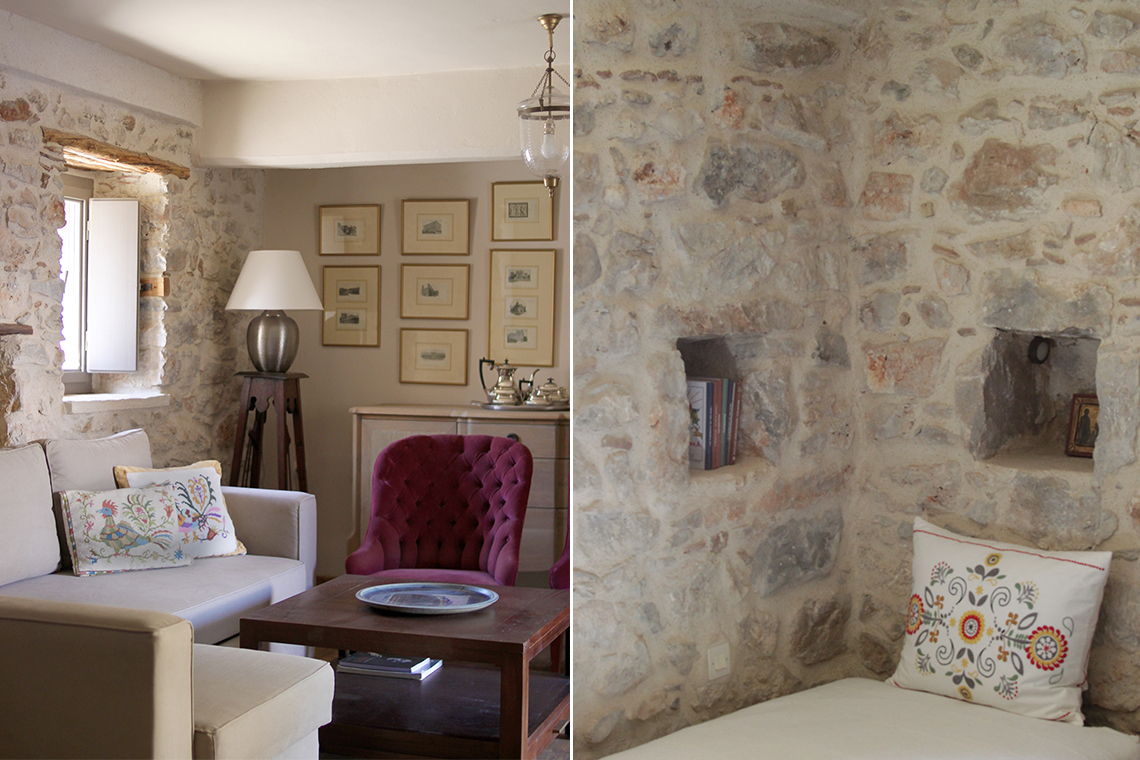 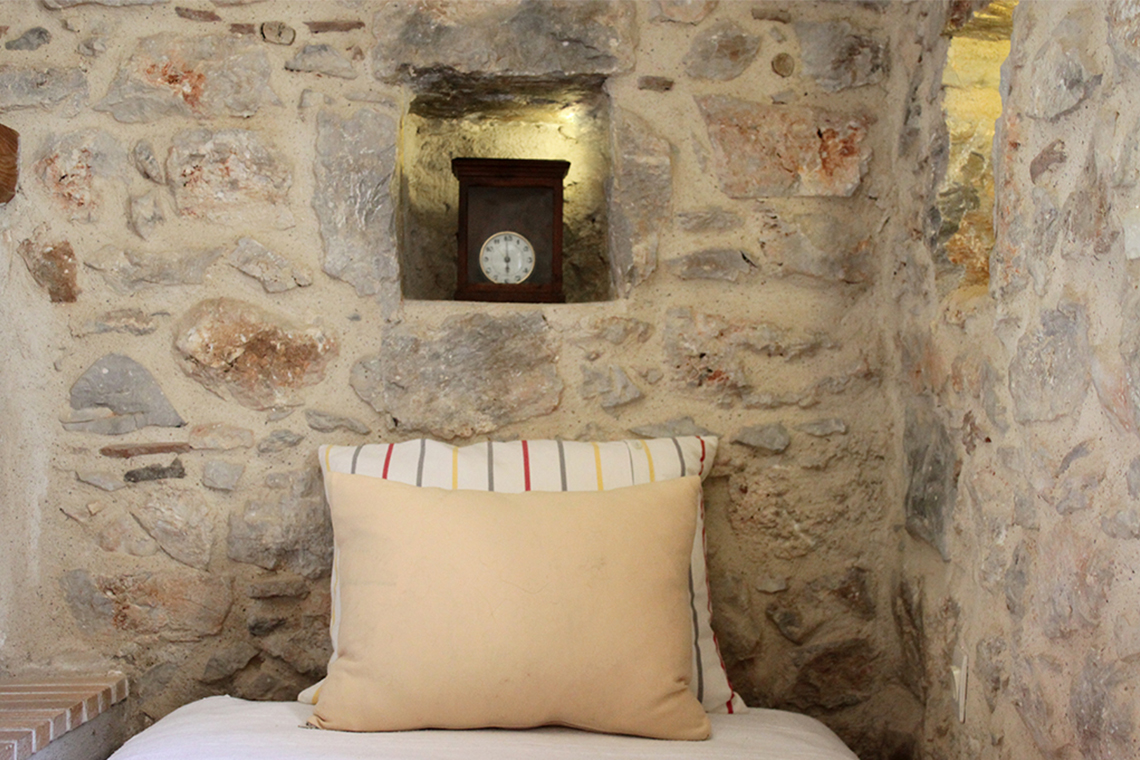 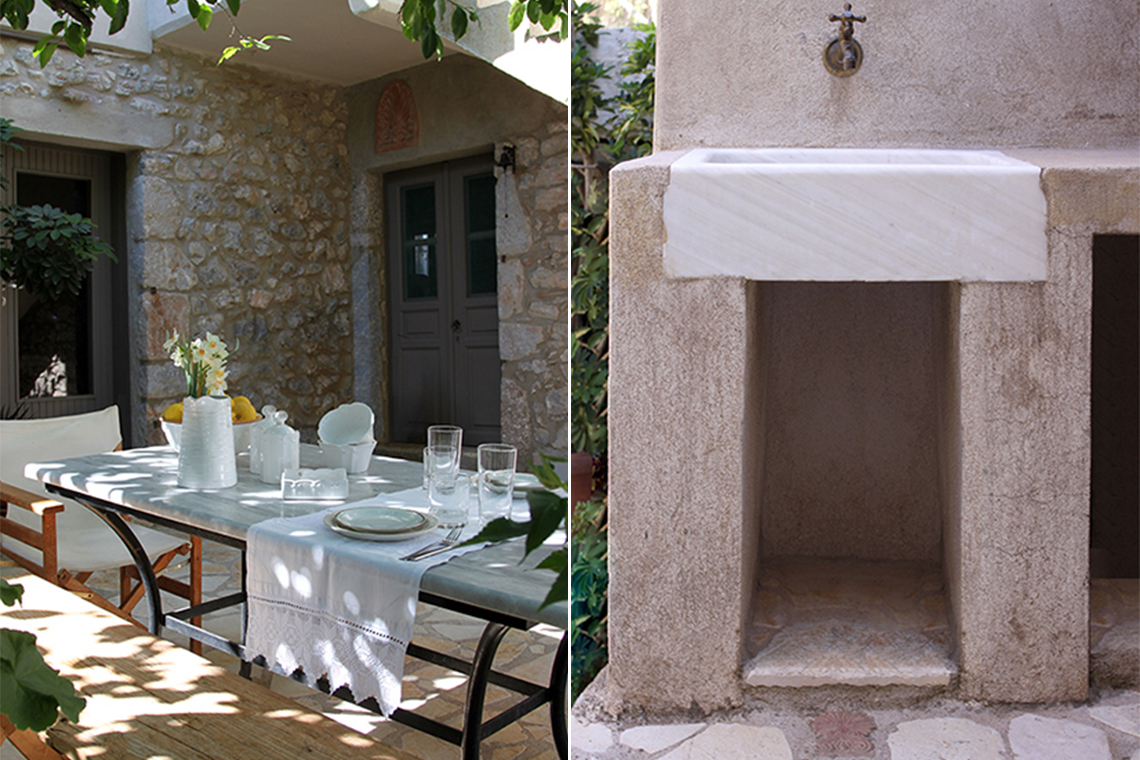 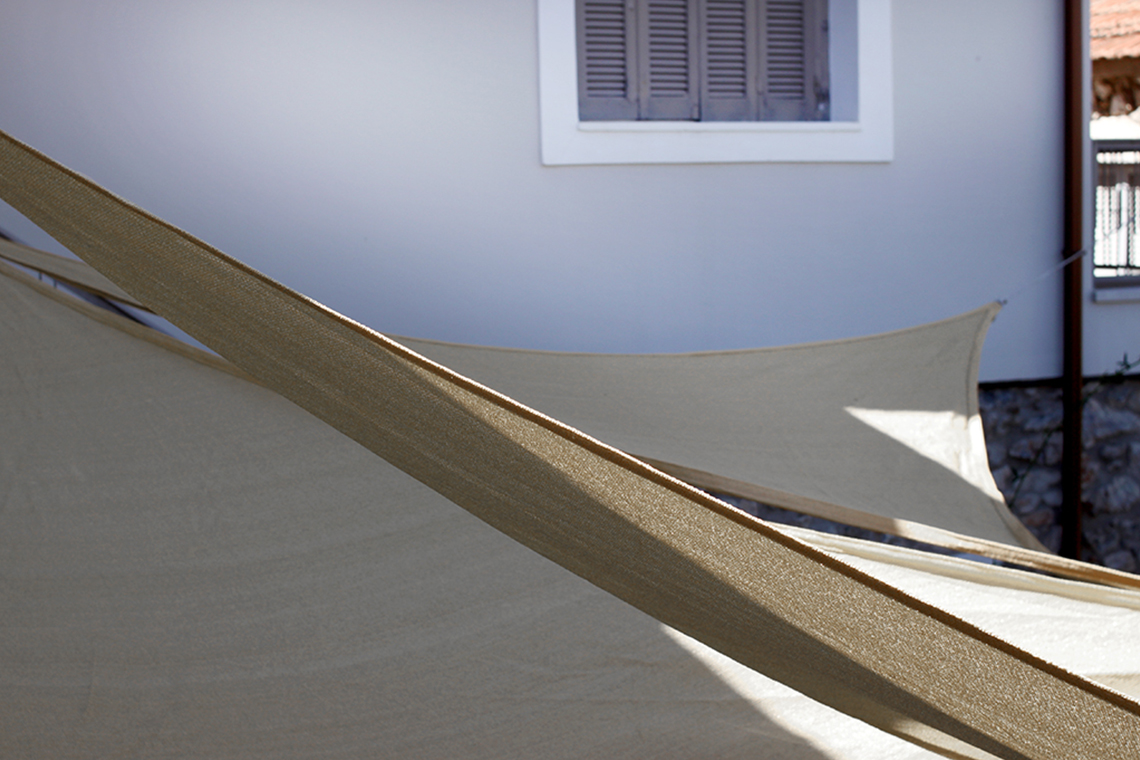