This project targeted a 1900’s building, initially run as a small, low-key tavern. In the course of time, a number of alterations were introduced to the pre-existing main area, expanding the building to its garden’s perimeter. A secondary room was further added to enlarge the sitting area, followed by a small kitchen, a storage room, a washing area, lavatories and connecting corridors.

Difficulties in the design emerged when attempted to turn this chaotic and unorthodox layout into a cohesive restaurant unit that could work well without secluding the remotely placed areas. The design concept aimed to bring to light those qualities that characterise traditional taverns in working class neighbourhoods, initially populated by immigrants. The challenge was to design a layout that would transform this complex of small rooms into an efficient restaurant area, that could serve daily around 200-300 customers. By moving the kitchen in the centre of the multiple little rooms, we created a web around it, where everyone would feel the heart of the business beating. This way, no room was left isolated, and the restaurant’s staff could work like a well-tempered clock.

The main room was maintained as the restaurant’s entrance and a large custom designed folding door was fitted to create the feel of traditional corner shops simulating a market, a coffee shop and a tavern at the same time. Hand painted furniture and ceilings were carefully treated with plaster to reproduce the look of the multiple layers of colour applied through the years. Marble worktops were added to the pantry area and a display fridge was introduced as the main counter. The traditional stove to make Greek coffee was framed up inside an arched niche. Marble tables and wooden chairs along with pieces of old furniture were used throughout the restaurant. Frames displaying photographs of the early 1900’s decorated the walls, along with porcelain fixtures. The ceiling was designed to remind of a coffered look in a simplistic form and recessed micro-spotlights were discreetly placed to avoid a glare effect.

Enameled tableware and brown paper sheets, instead of tablecloths, completed the decoration conveying an overall old-fashioned and laid-back feel. 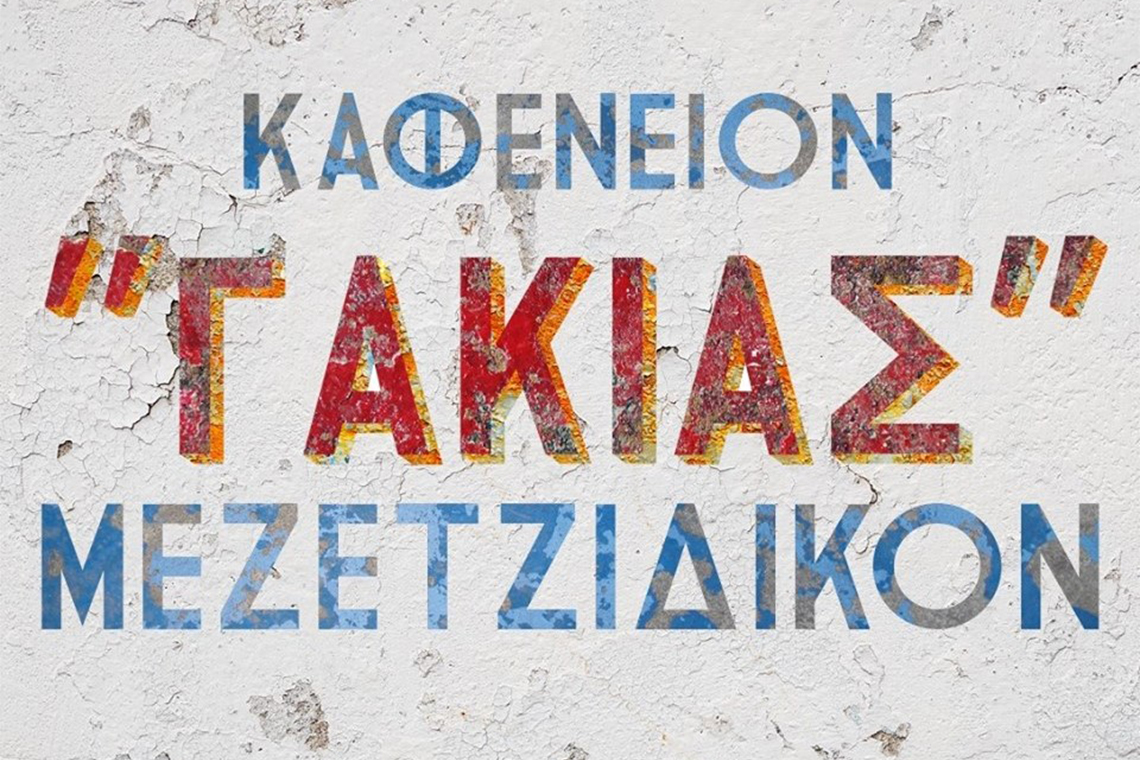 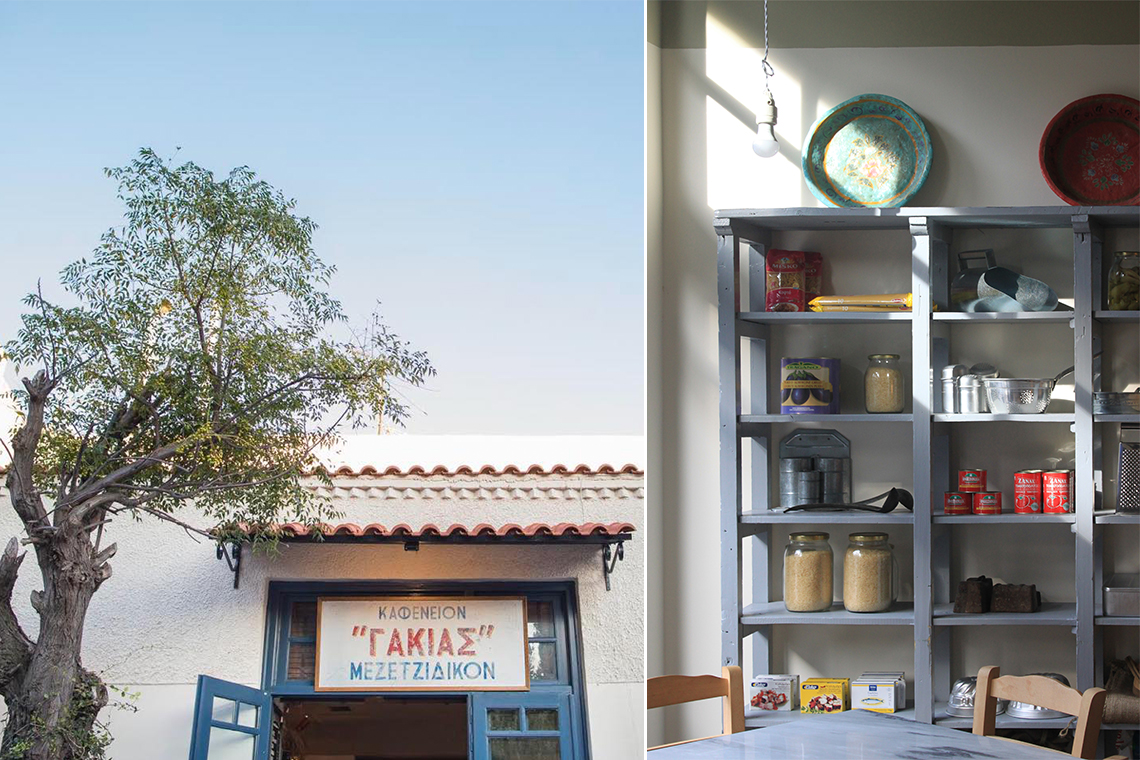 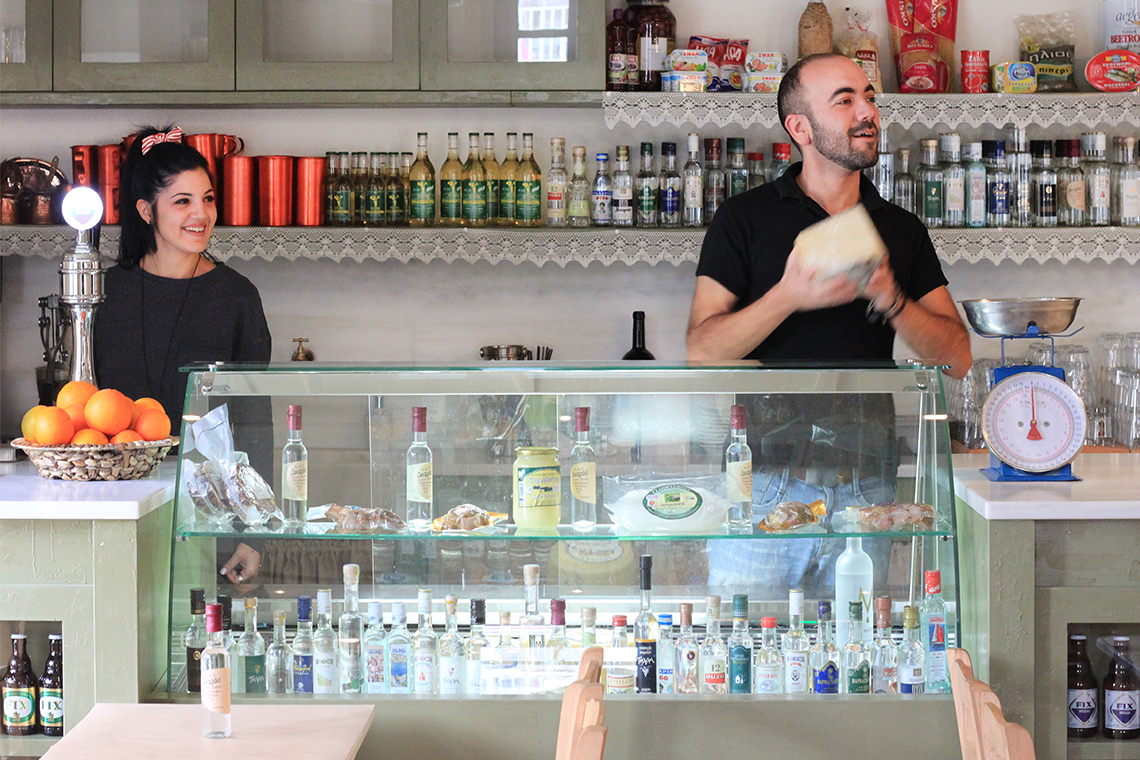 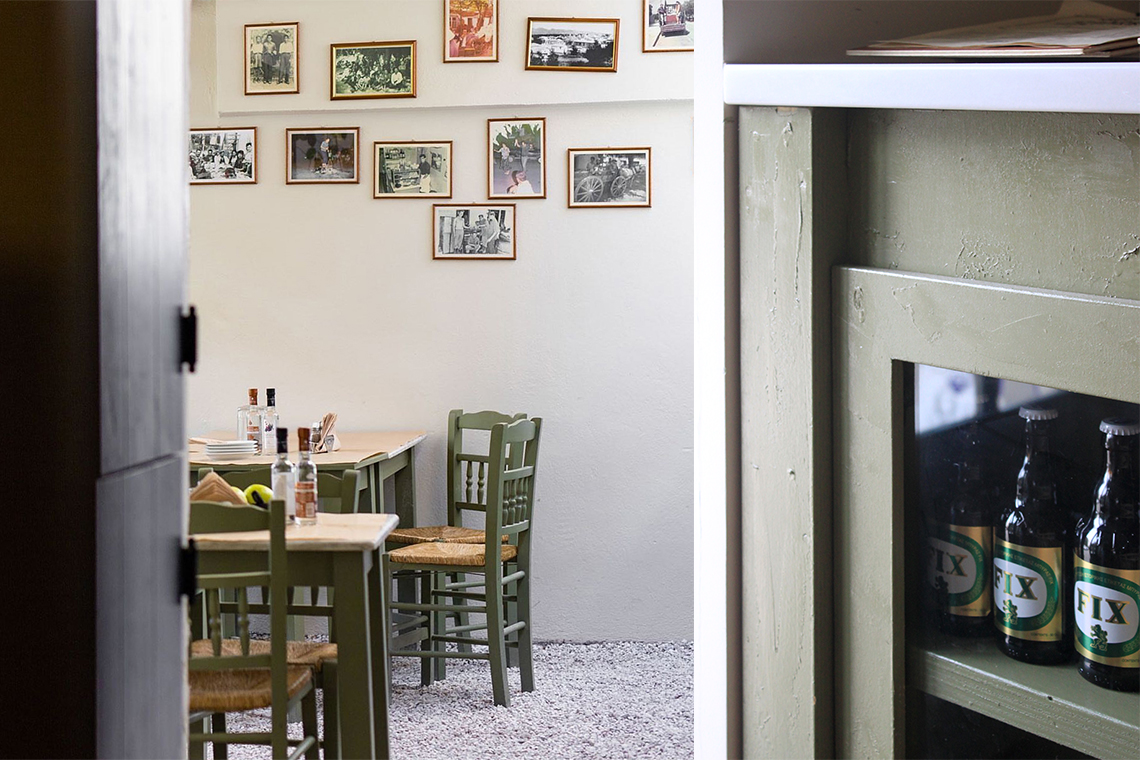 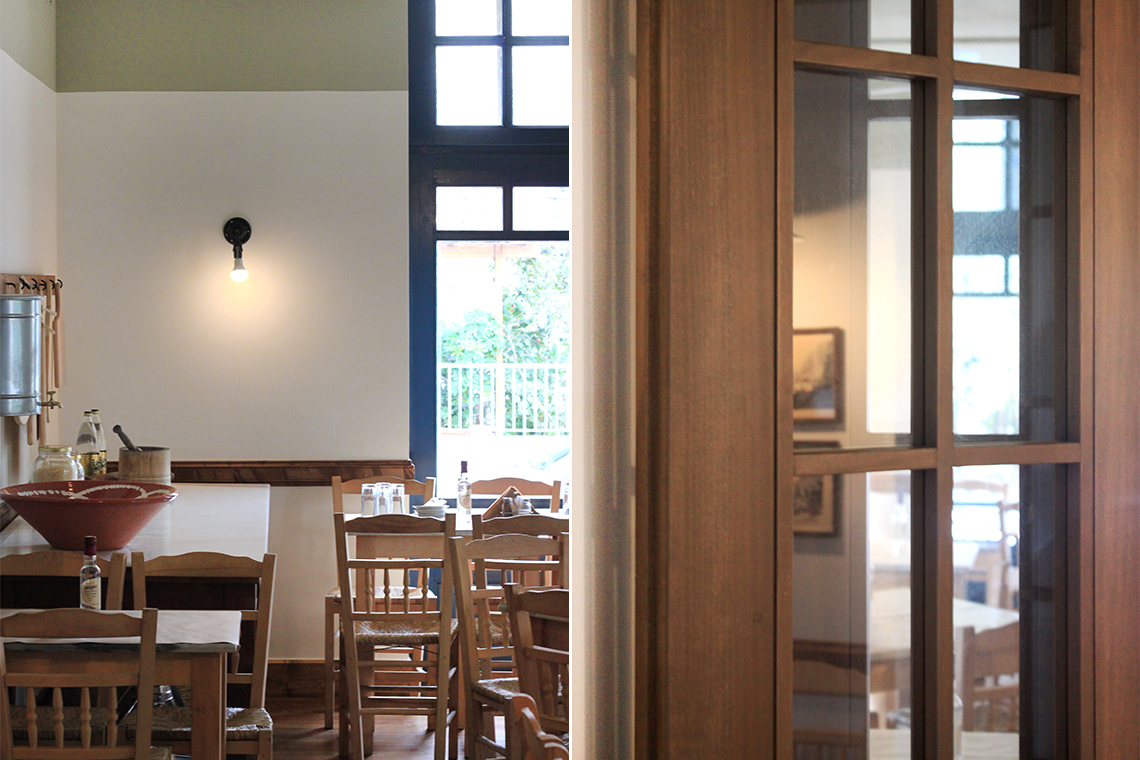 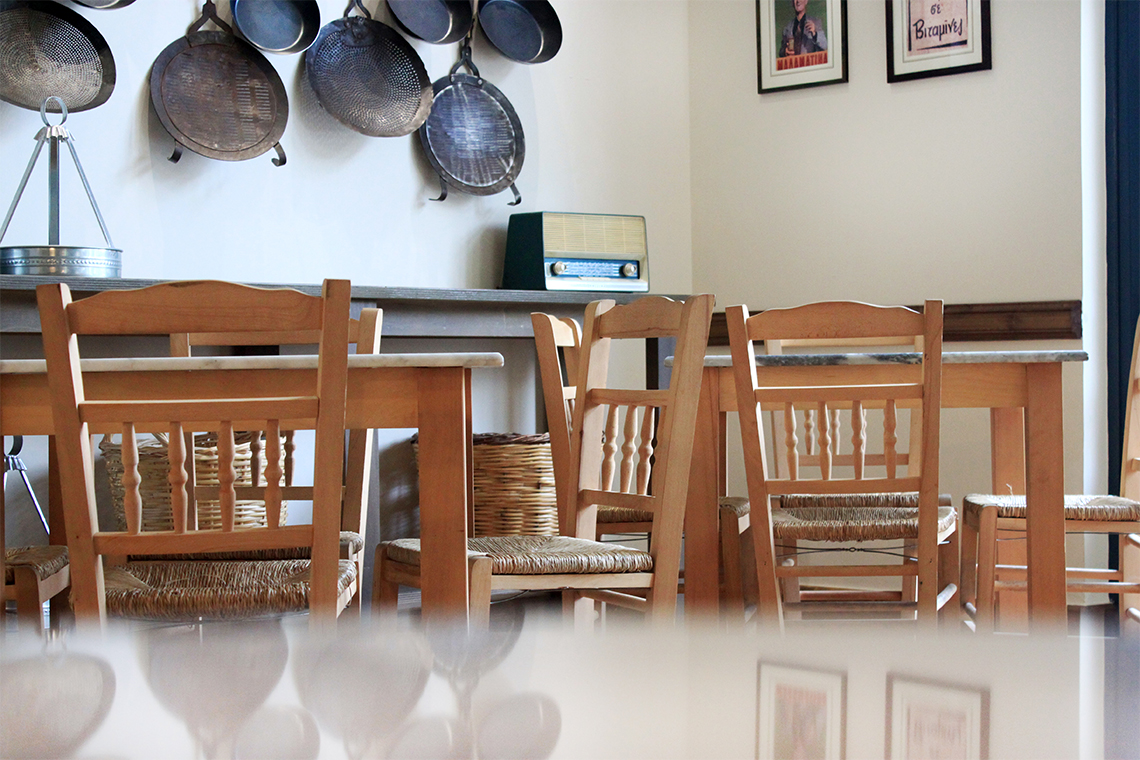 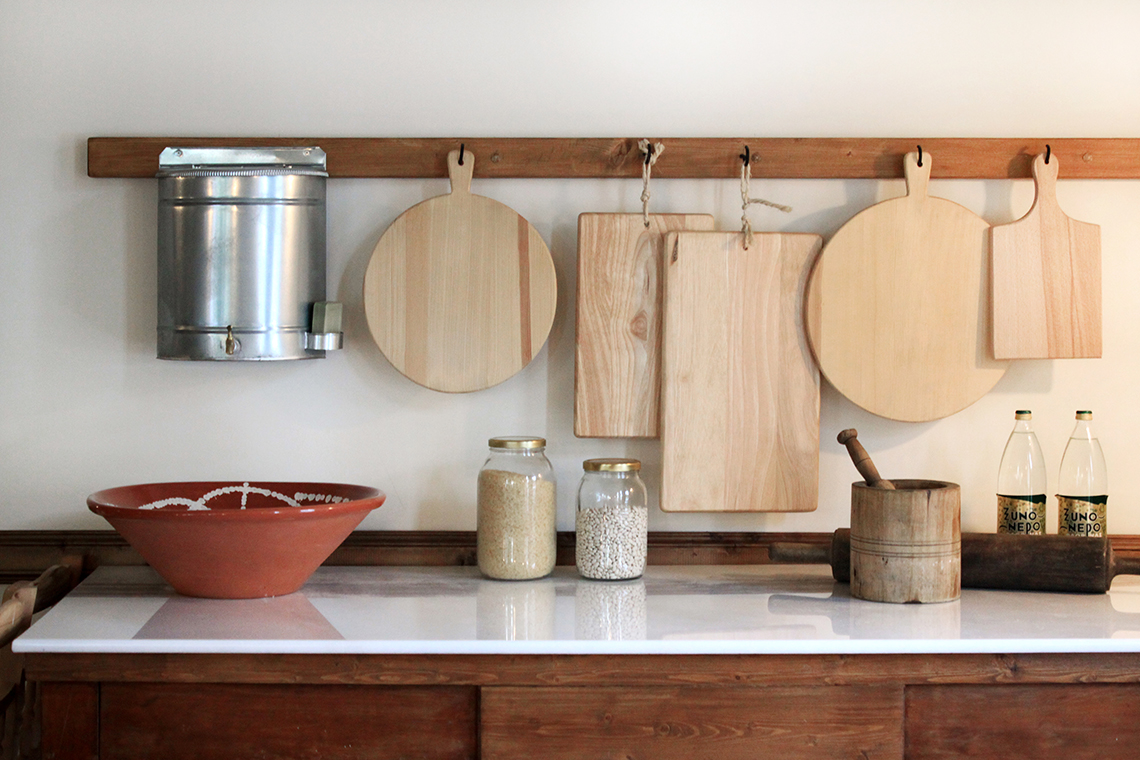 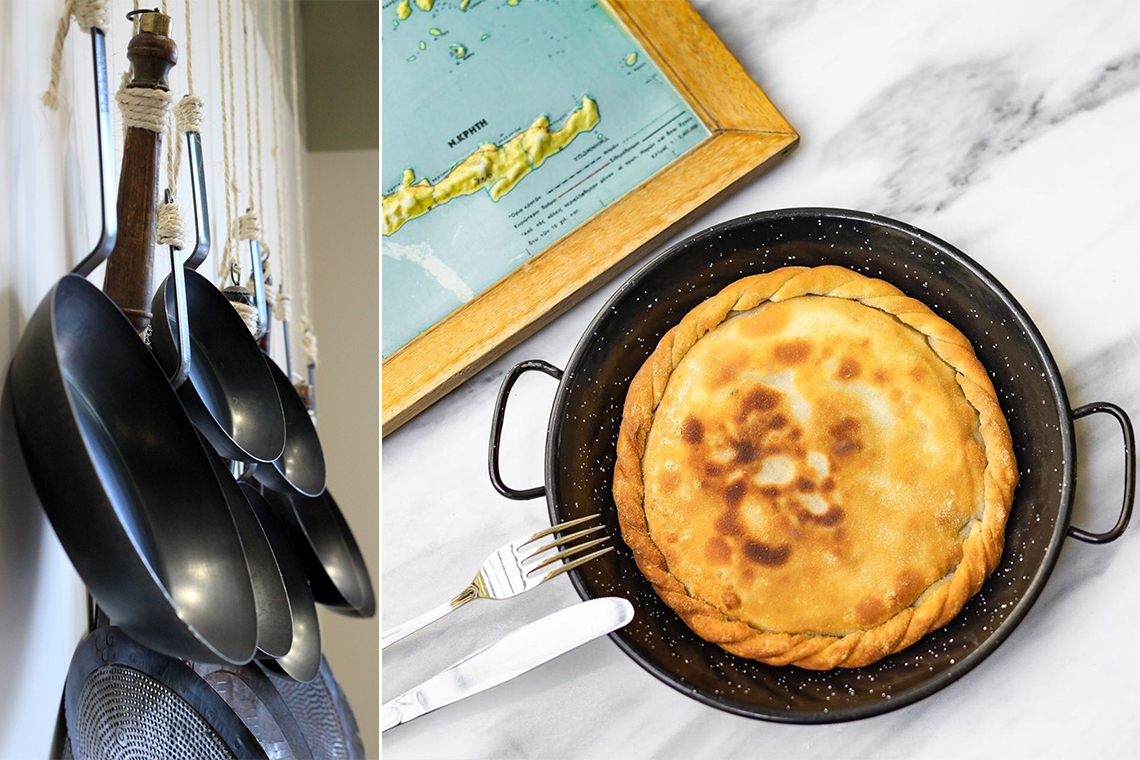 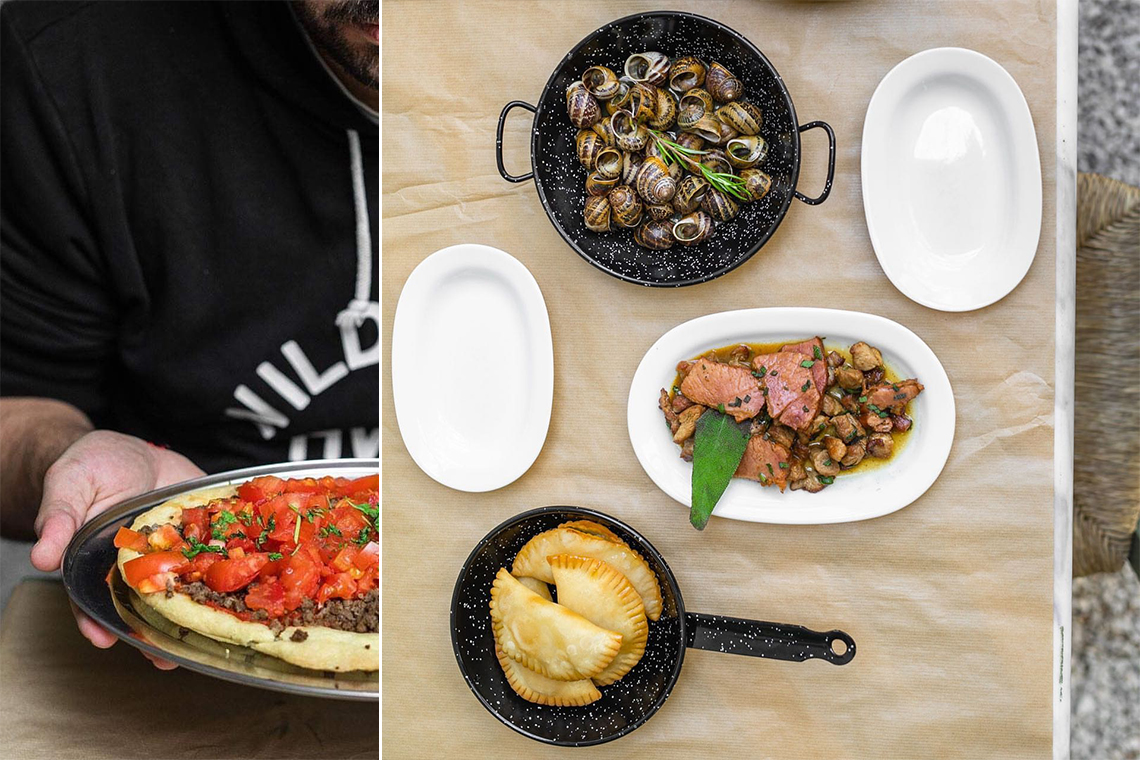