The refined charm of Kolonaki square meets the art of mid-century design in the latest project of Babatchas Design Studio. In the heart of Athens' most cosmopolitan neighbourhood and just a few meters away from the Museum of Cycladic Art, one can locate the 1950s apartment, recently renovated by Babatchas Design Studio. The architectural dialect as well as the building’s unique art deco aesthetics formed the design team’s inspiration, who were challenged to combine the building’s exceptional image with the owners’ deep appreciation of mid-century design. Distinctive architectural elements of the existing space, such as the oak floors with the herringbone technique and the surrounding boarder, were preserved during the renovation. The impressive panelled doors that separated the entrance hall from the living room and the old office space were also integrated in the architectural design of Babatchas Design Studio. Selected materials such as natural kurasani were then used on the walls, serving as an element that gives special depth to light-coloured surfaces.

The apartment’s functional operation also played a primary part in the design project, as natural light was limited for most of the rooms in the apartment. In order to serve the needs of a large family as well as to highlight the possibility of managing the apartment as a prime Airbnb, making the most of natural light - especially in the areas of interaction – became a necessity. Thus, the sleeping areas and the bathrooms were placed in the darkest parts of the house, while interior skylights were used to channel natural light into all areas.

Finally, hidden storage spaces and passages such as walk-through closets made of wicker leading to a "secret" bathroom create a mysterious, theatrical atmosphere accentuated by the architectural lighting. The selection of furniture and design objects was influenced by the owners’ significant admiration of classic 50s pieces. The final outcome includes a collection of design objects from different parts of the world: the classic Eero Saarinen table made of Arabesquato marble was combined with authentic Henry W. Klein chairs from a second-hand shop in the Netherlands. The TV console is made by a Portuguese craftsman and follows a classic 60s design norm. Finally, the kitchen was designed following a constructive aesthetic line to match the open plan living-dining area. Materials such as volcanic marble, oak wood, black metal sheet, Viennese mats and crumpled Yutes linen were combined with selected works of art and ceramic sculptures in order to complete a perfectly well – balanced, calming aesthetic result. 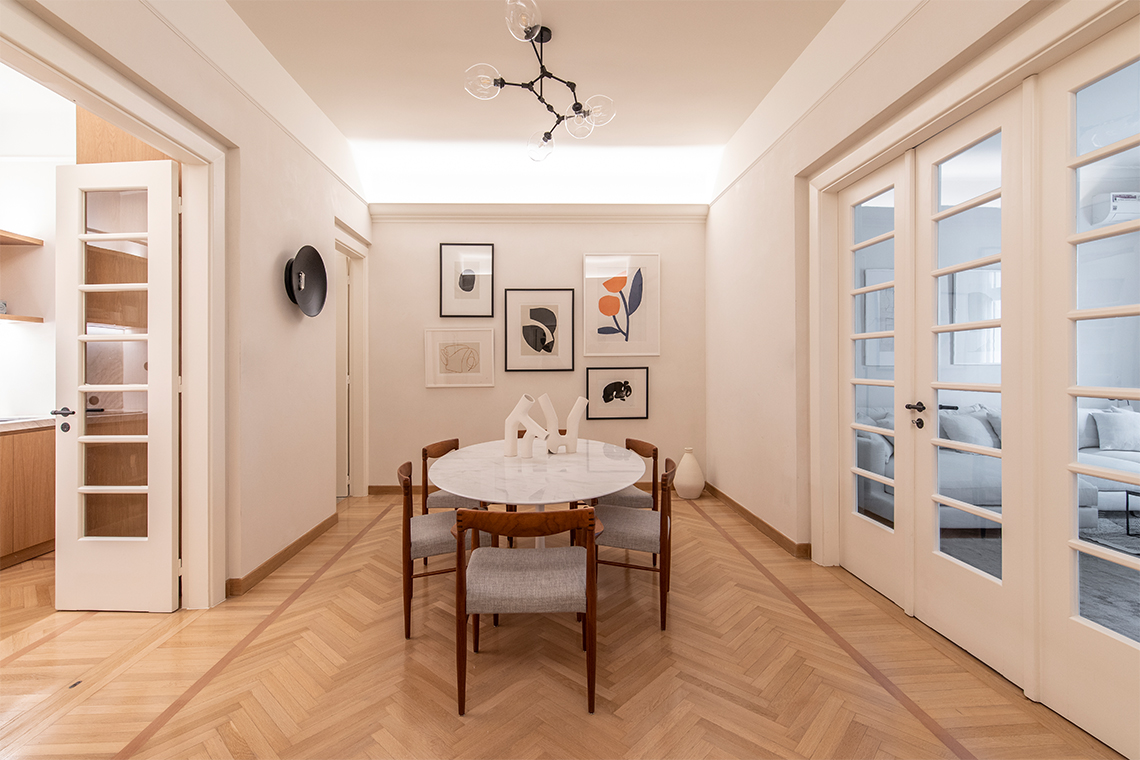 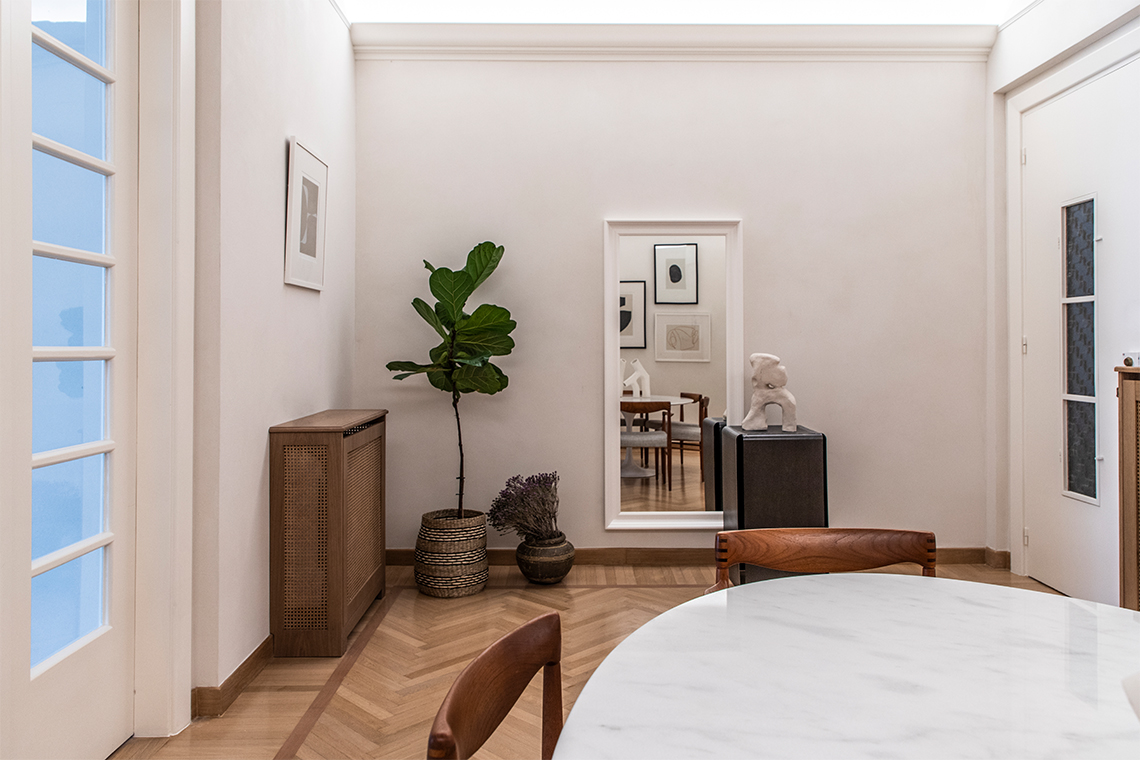 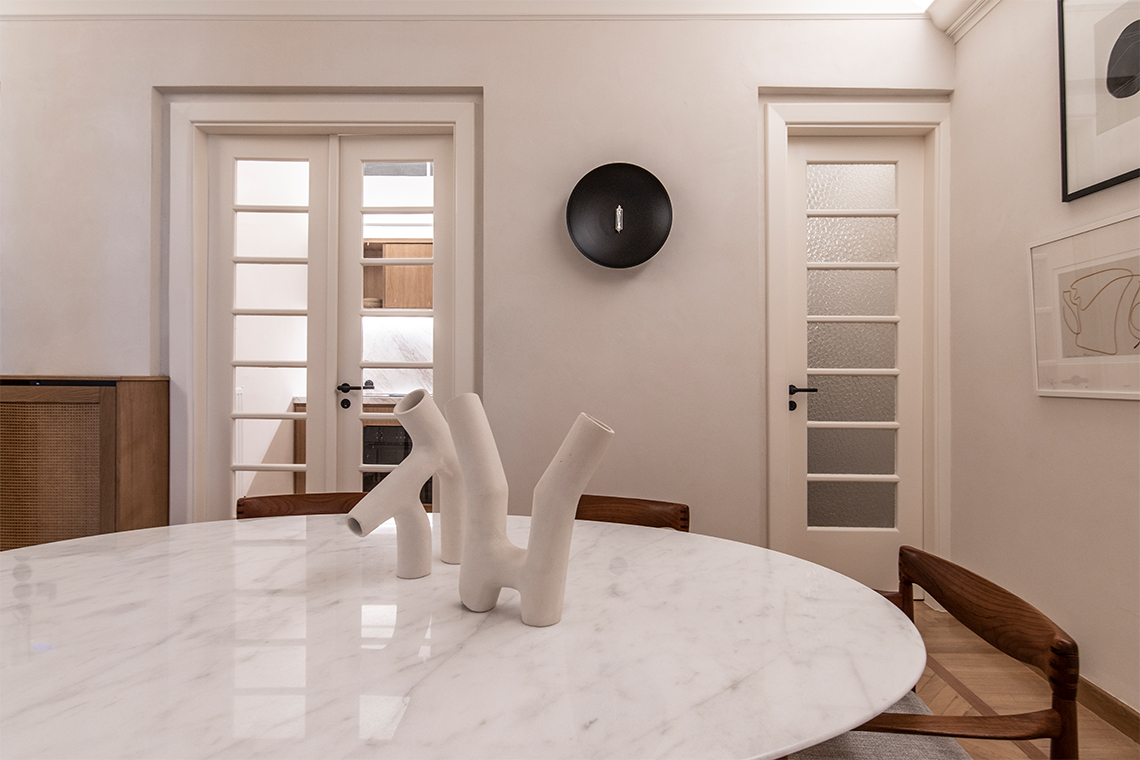 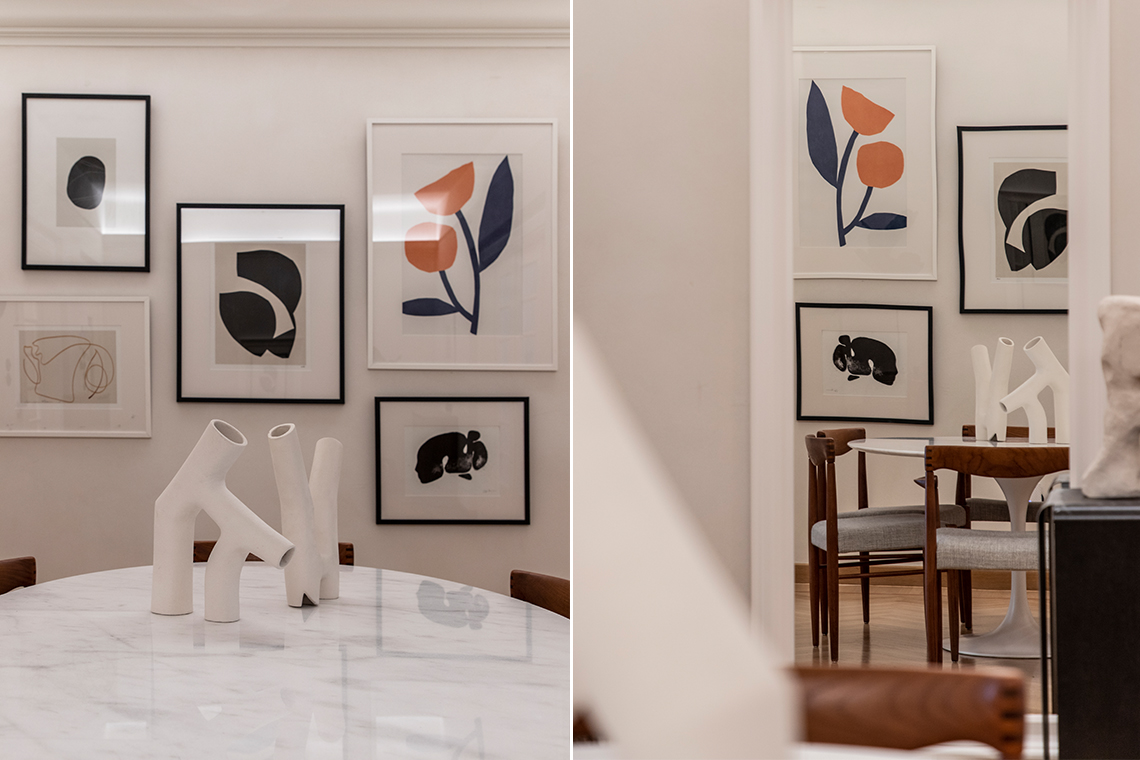 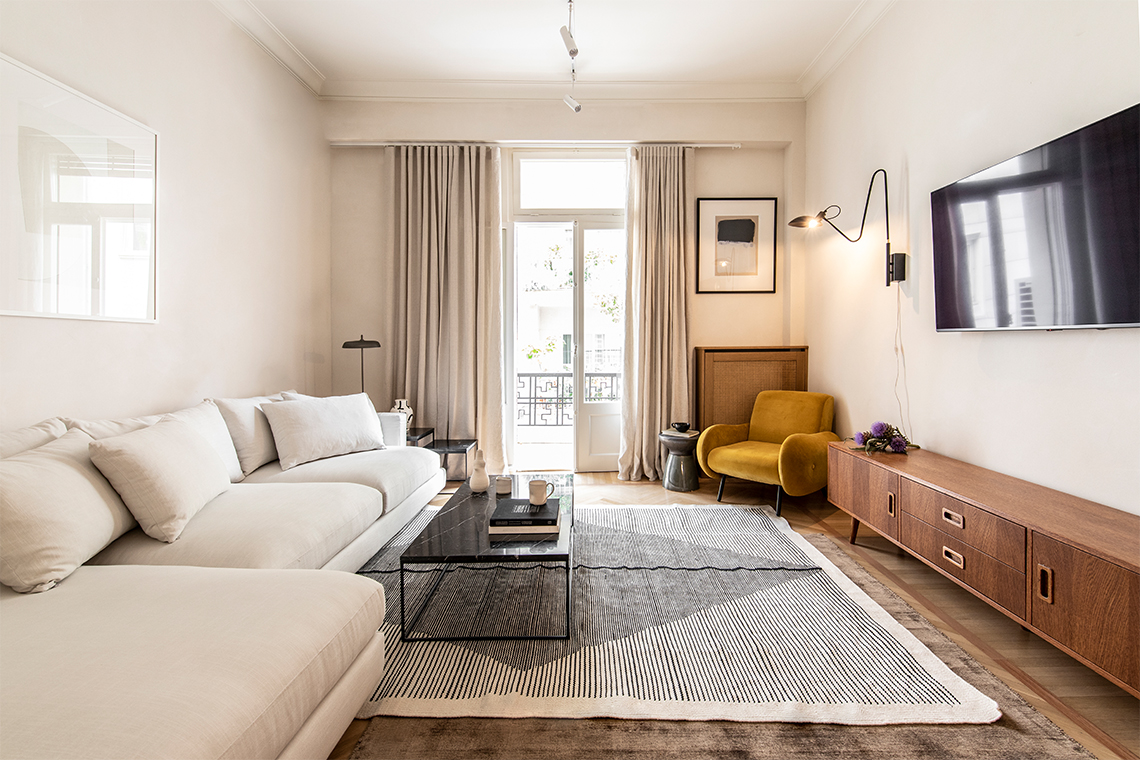 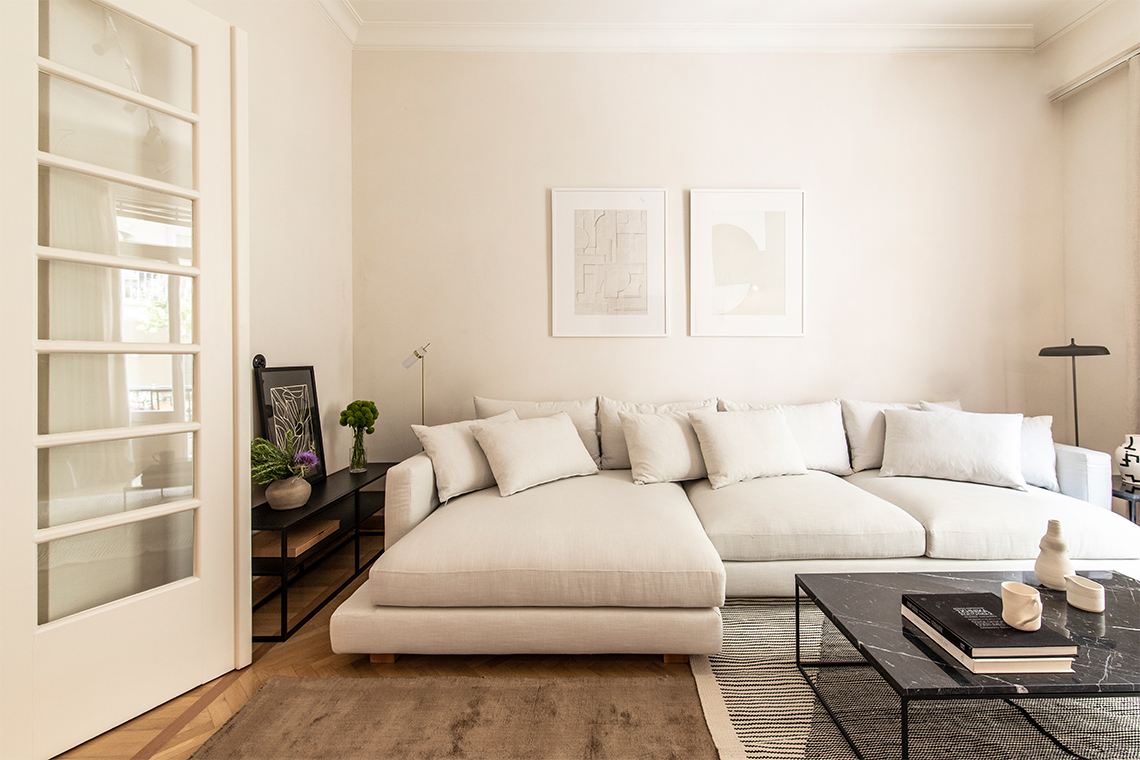 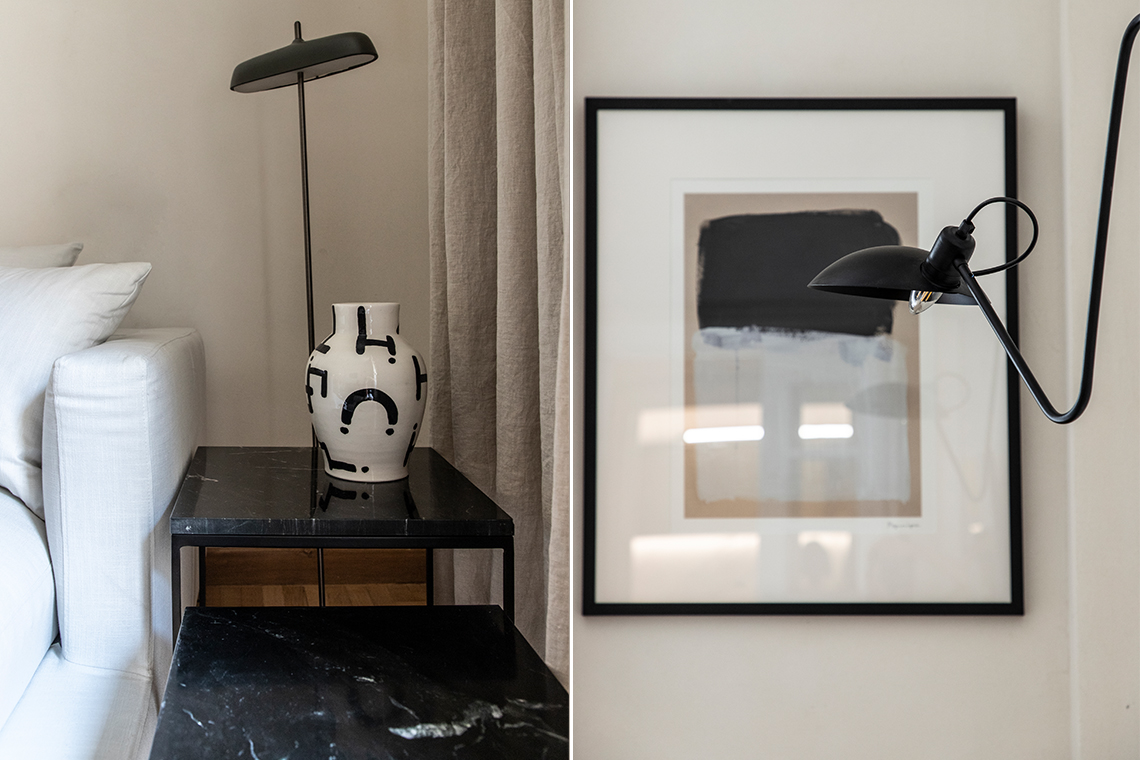 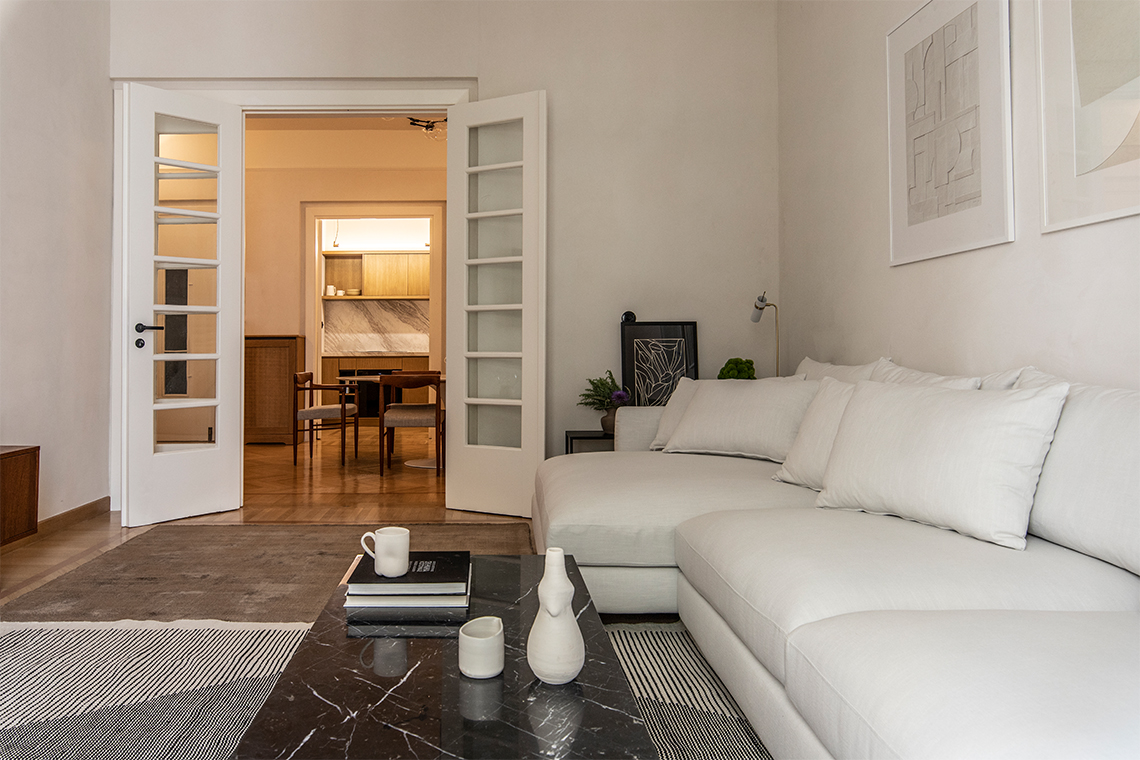 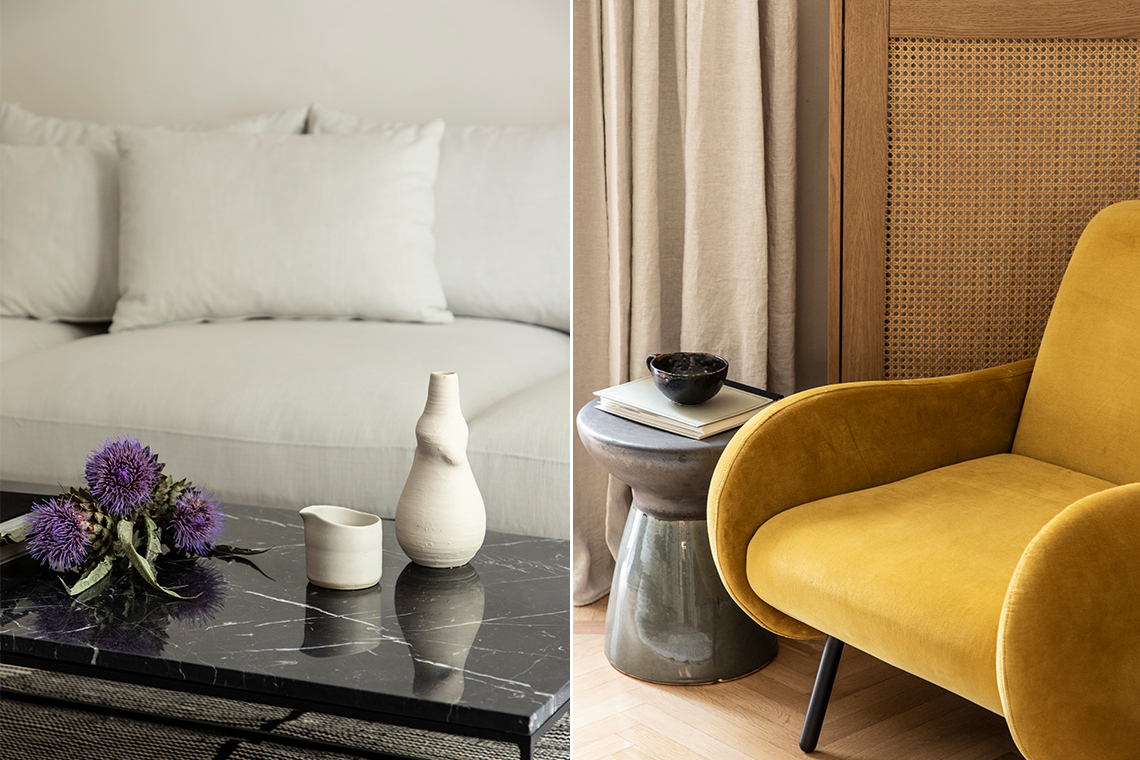 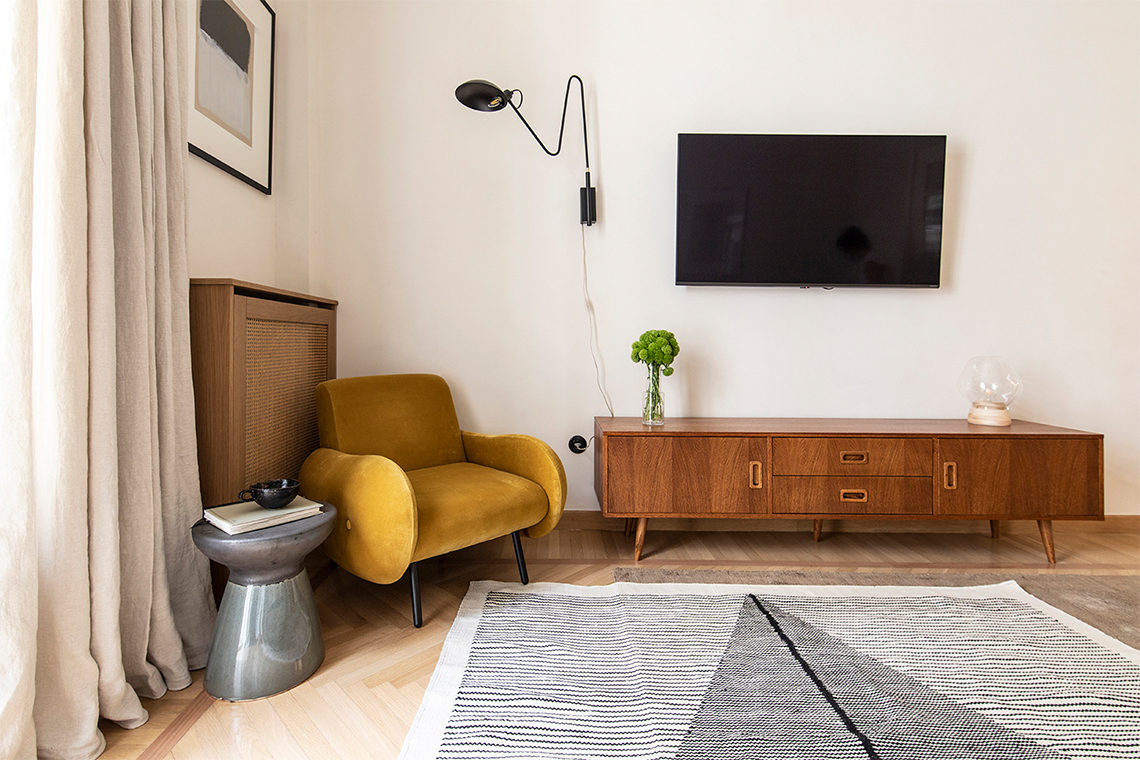 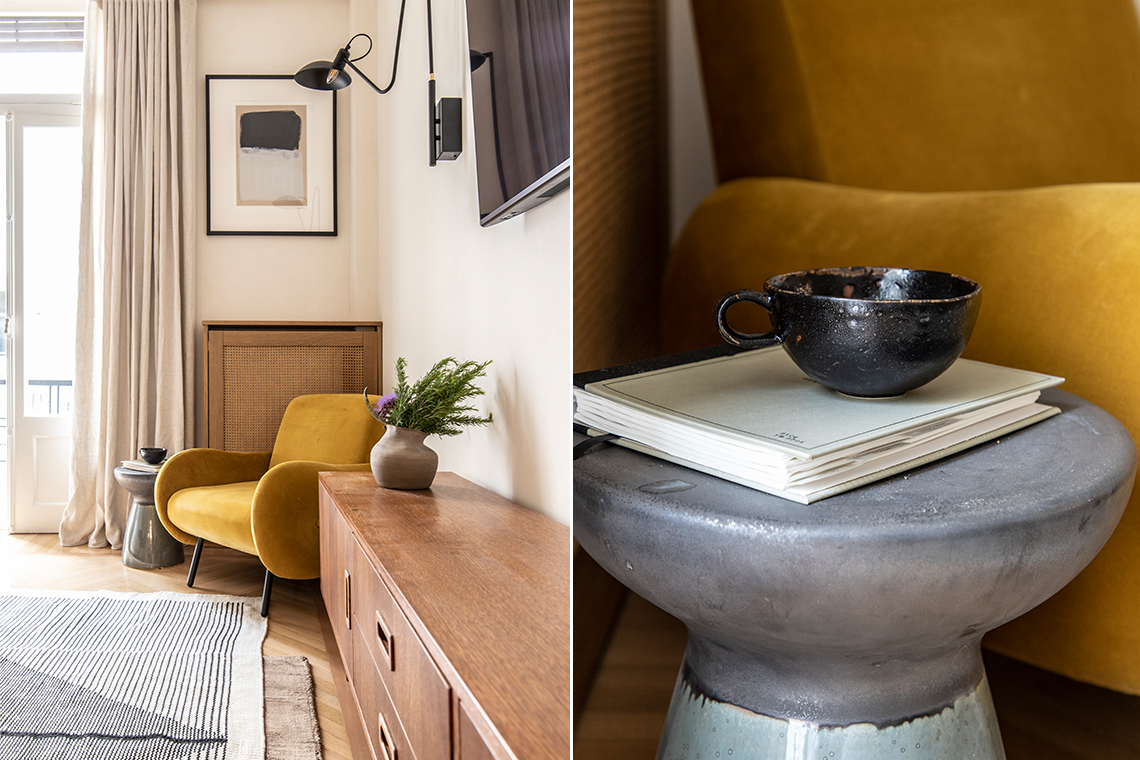 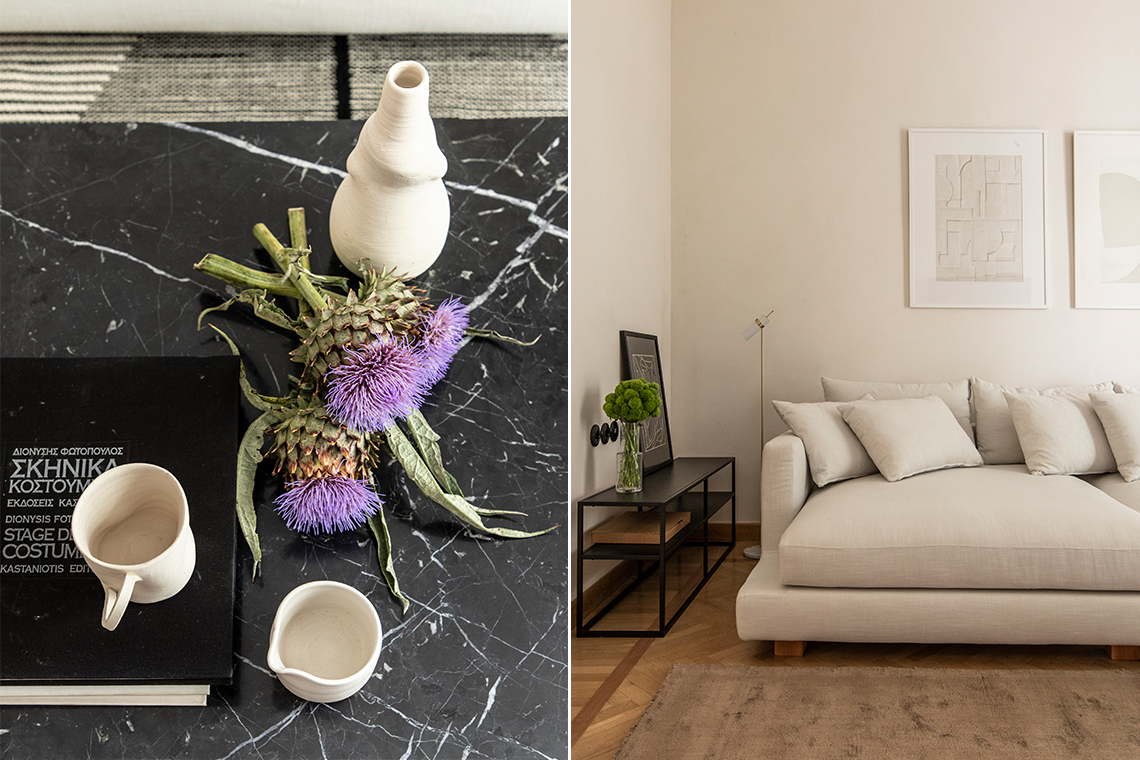 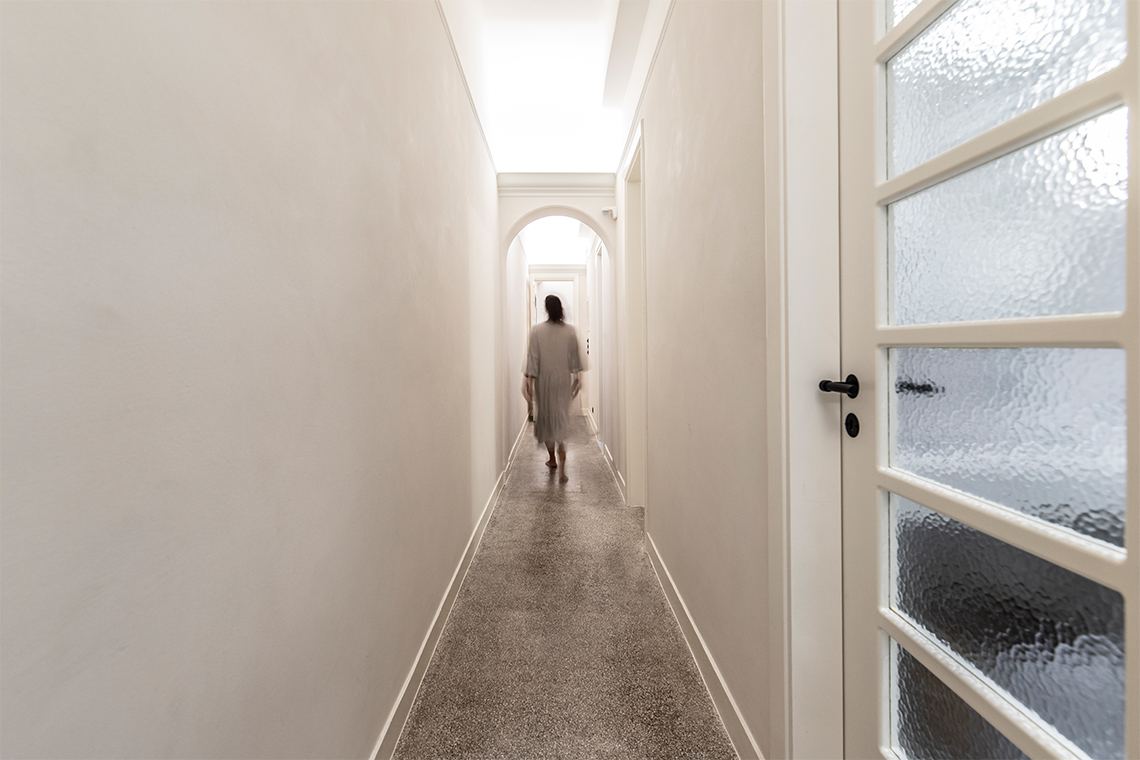 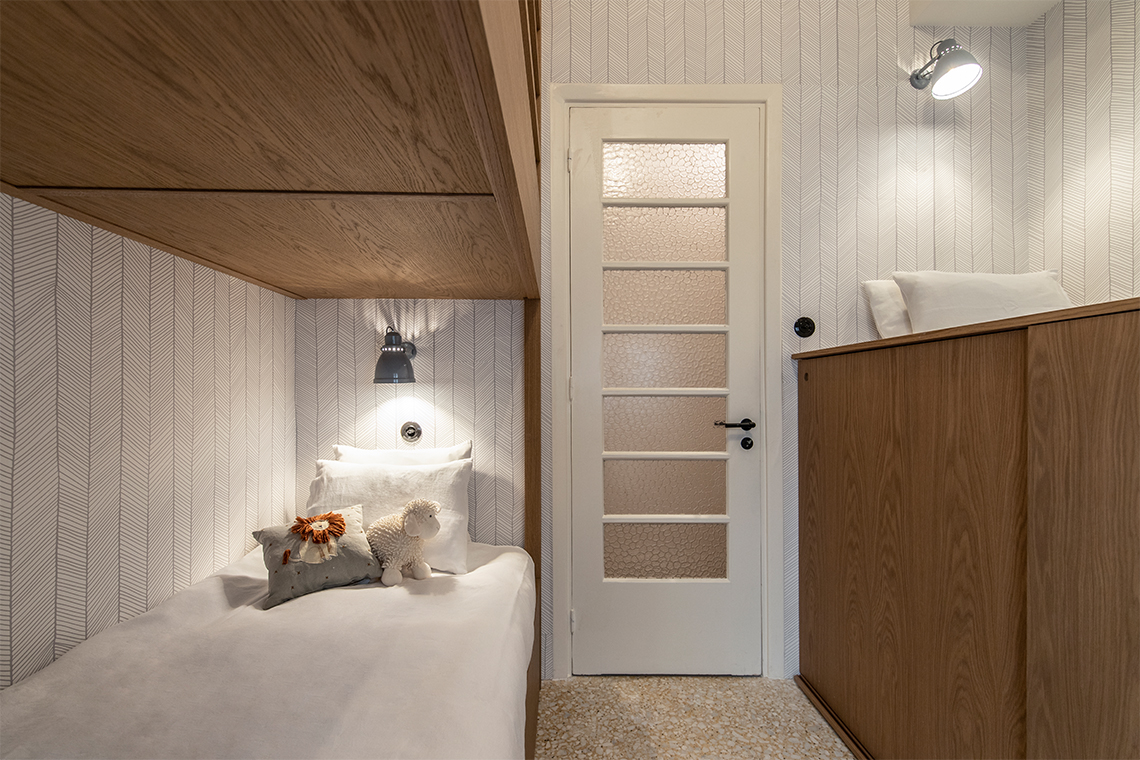 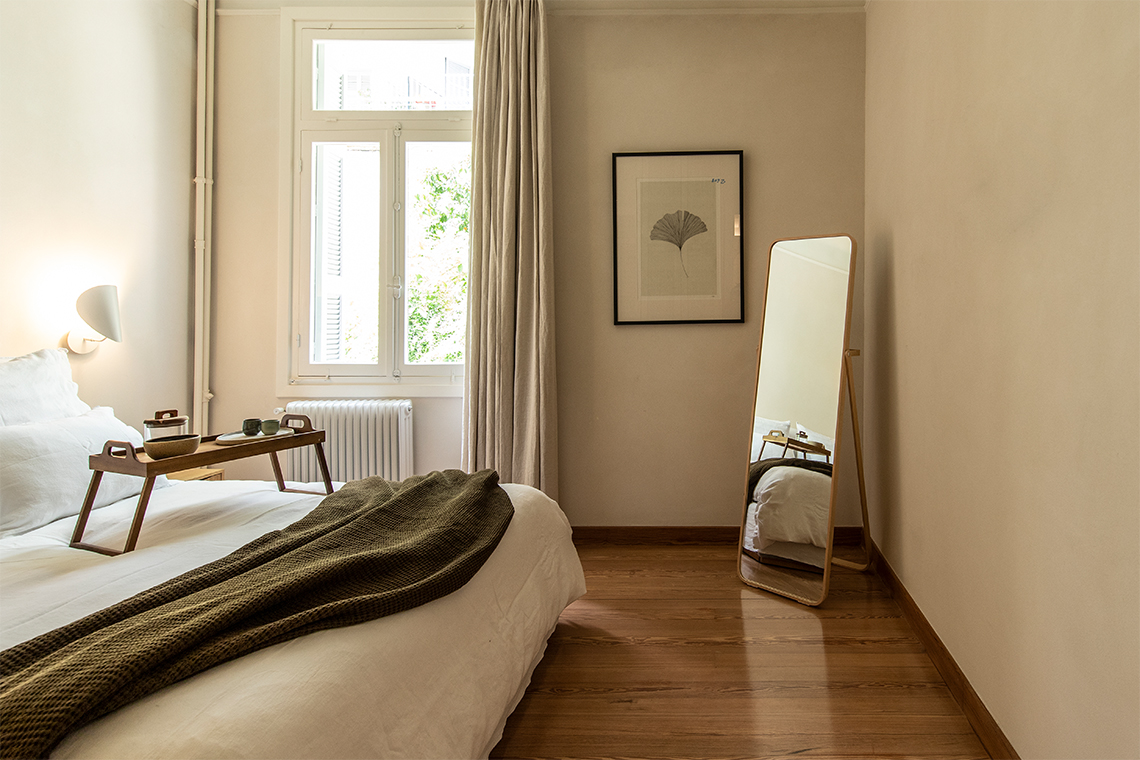 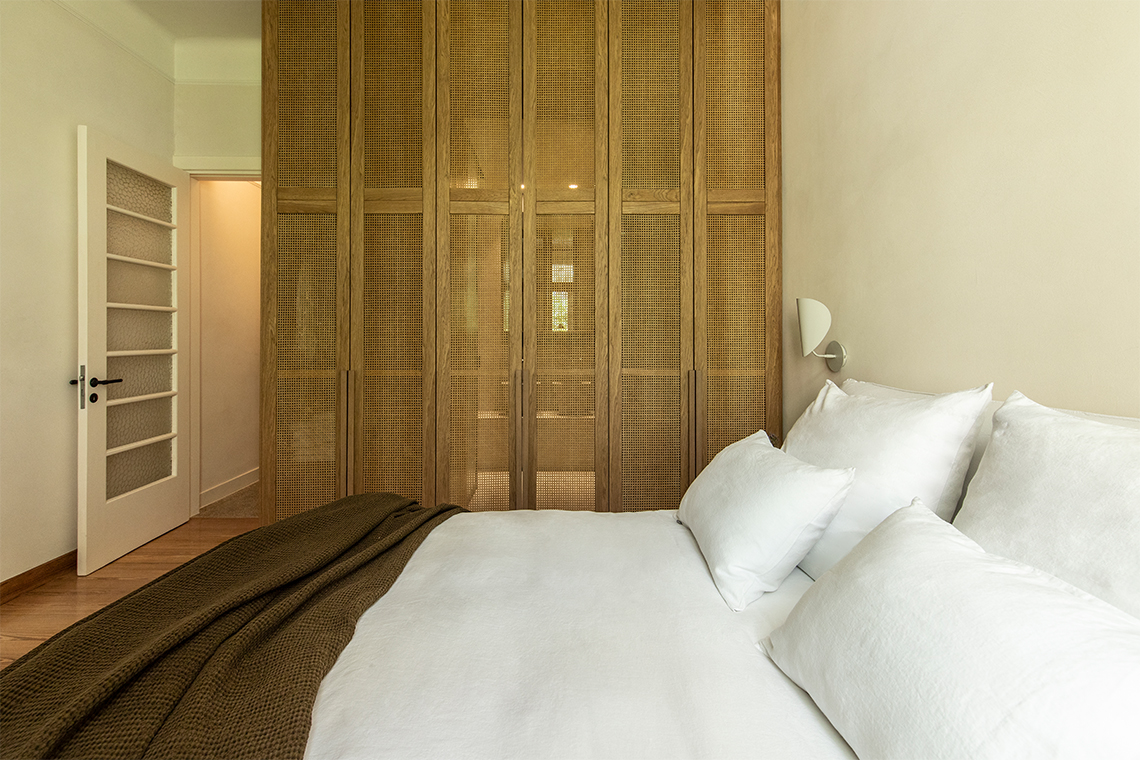 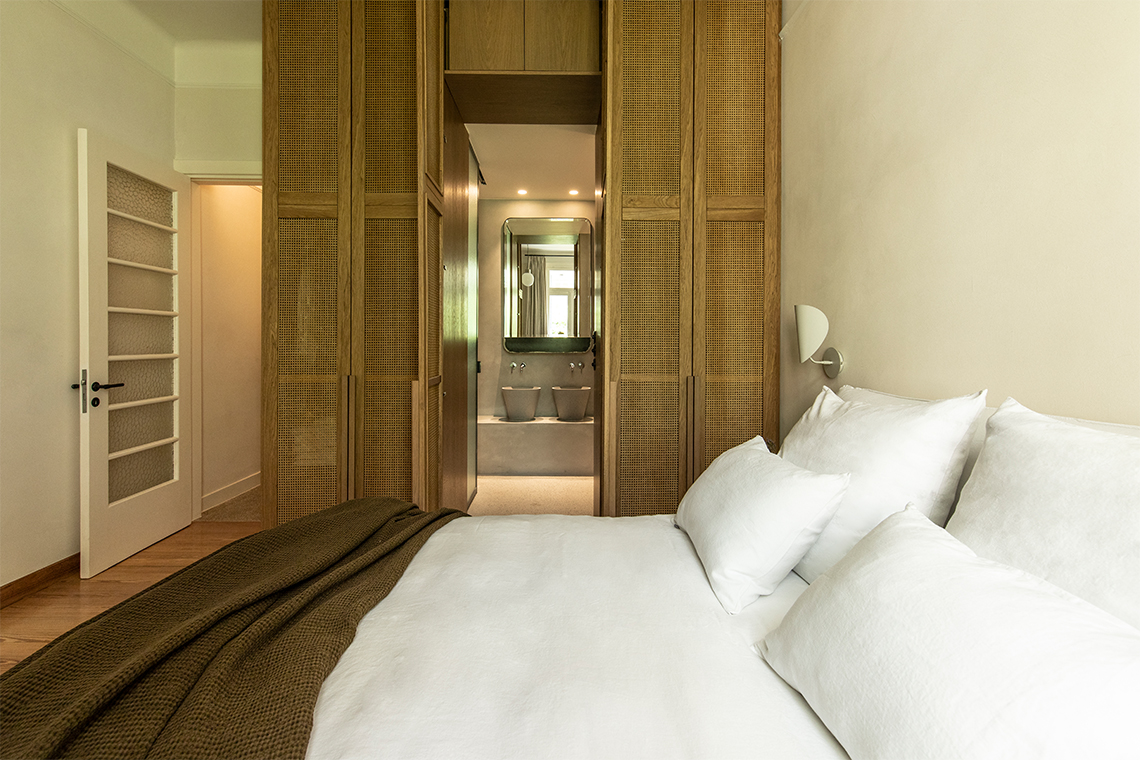 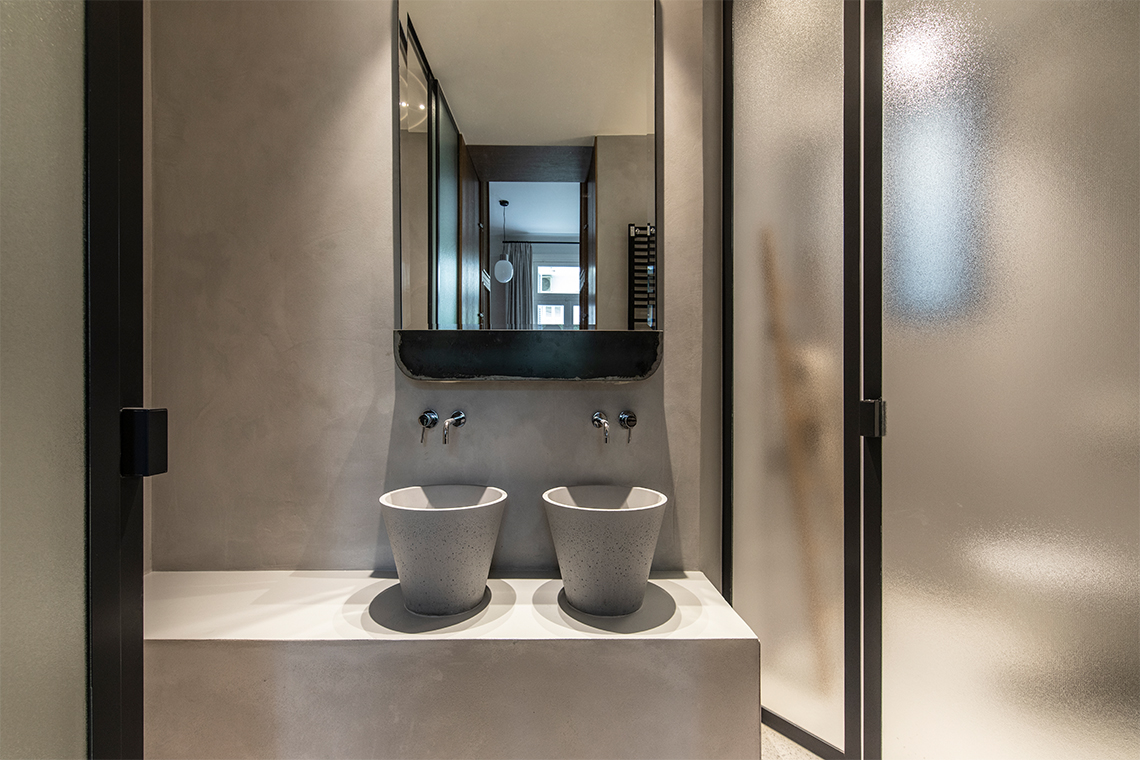 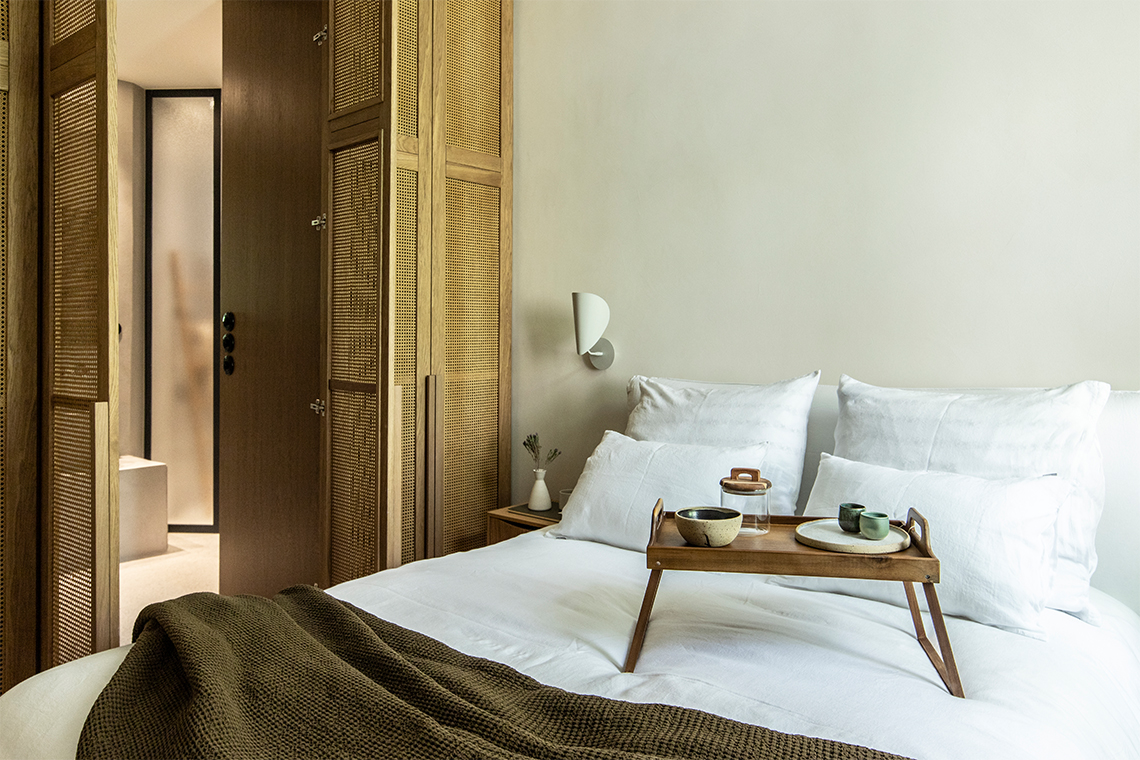 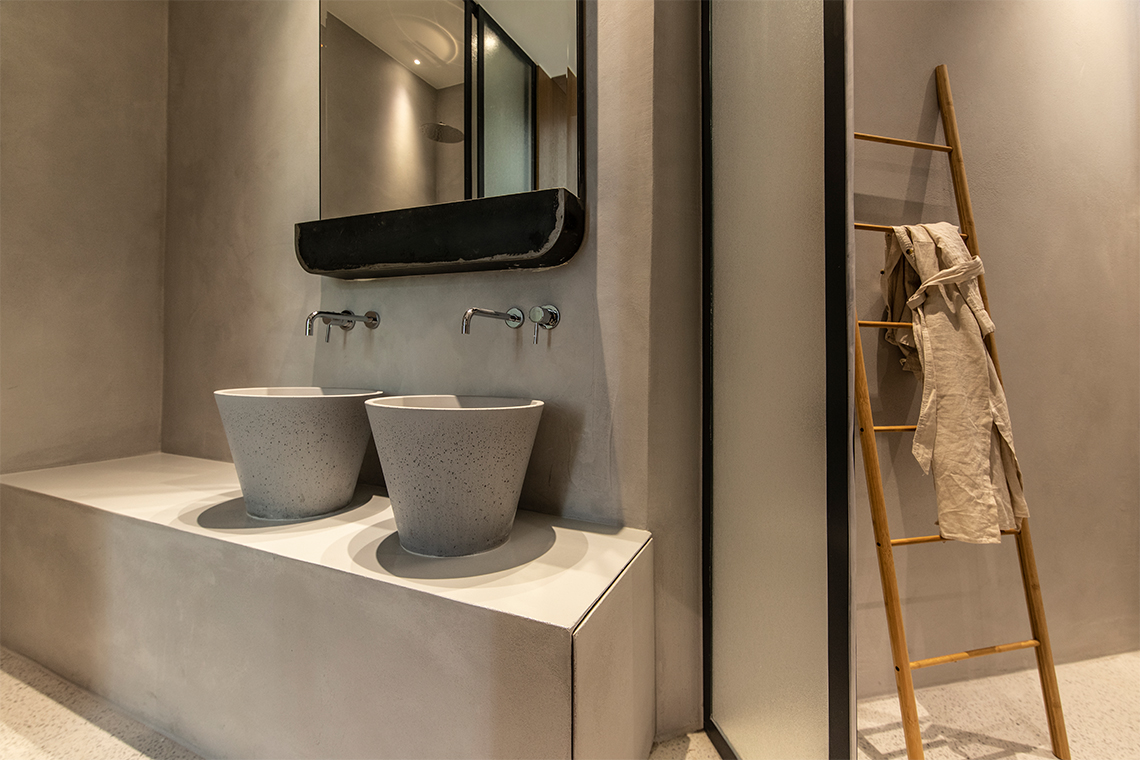 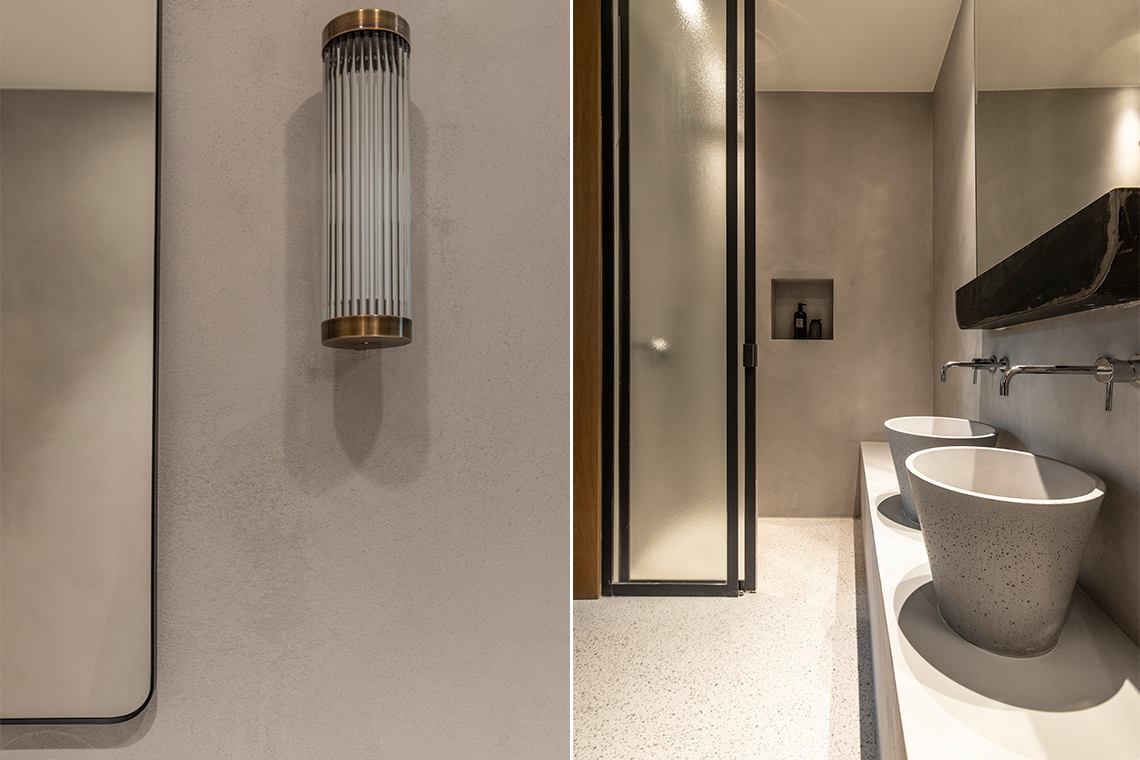 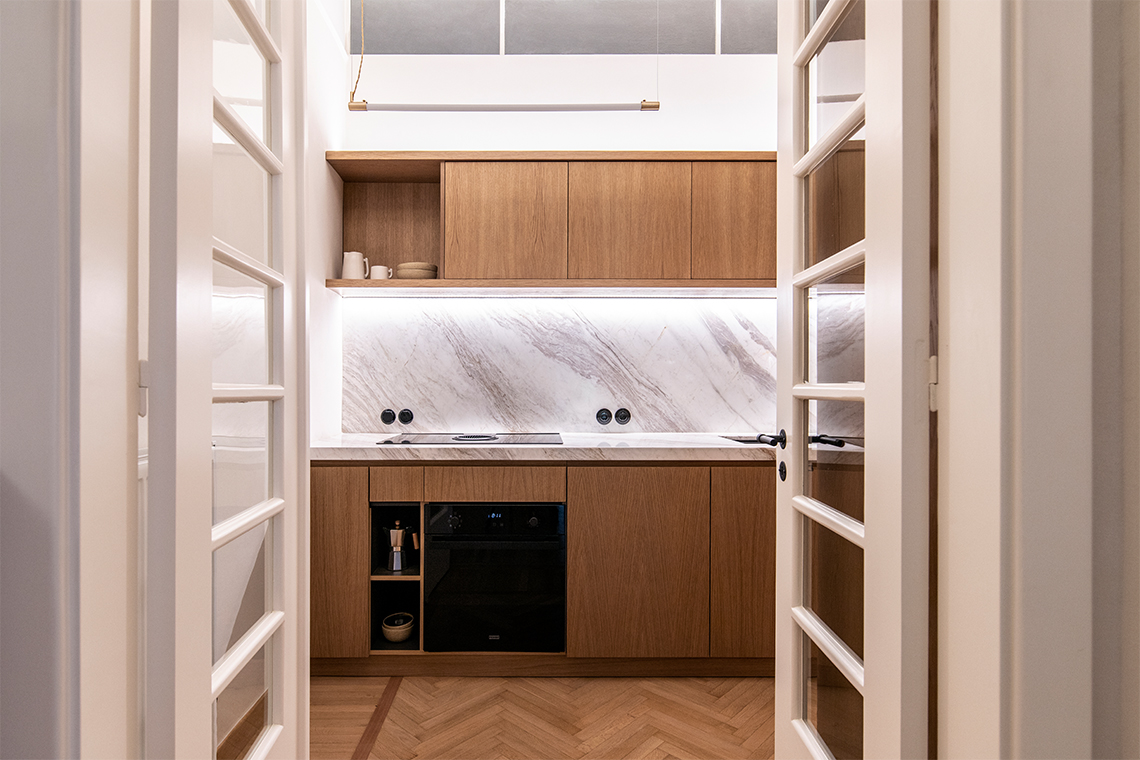